This course discusses the definitions associated with various polypharmacy categories as well as the debate around polypharmacy in patient care.

Polypharmacy refers to concurrent use of multiple drugs by a patient. When a patient is prescribed multiple medications, the risk of adverse effects and drug interactions increases, especially in the elderly people. Inappropriate polypharmacy is associated with serious problem resulting in significant morbidity and mortality. Additionally, polypharmacy increases the cost. It is a challenge to keep balance between benefits and adverse effects while using multiple drugs. This chapter will cover all about polypharmacy including its background, its impact on the national cost, benefits and drawbacks.

Polypharmacy refers to the concurrent use of multiple drugs by a patient. Poly means “many” and “pharmacy” means “practice of medicinal drugs” which refers to the use of many drugs at a time. However, use of this term in inconsistent in the medical literature as it refers to different meanings at different places. For example, it refers to negative and inappropriate use of medication while in others it reflects appropriate combination of multiple drugs for the treatment of a disease or condition. Hence, polypharmacy can be positive as well as negative. Bushardt et al. (2008) review eleven articles on polypharmacy and found 24 different definitions. The most common definition they found was related to “medication does not meet the diagnosis”. Therefore, they suggested that this term should be avoided in the literature until there is no clear definition is established. Most commonly, polypharmacy is encountered in the elderly people who suffer from multiple illnesses. 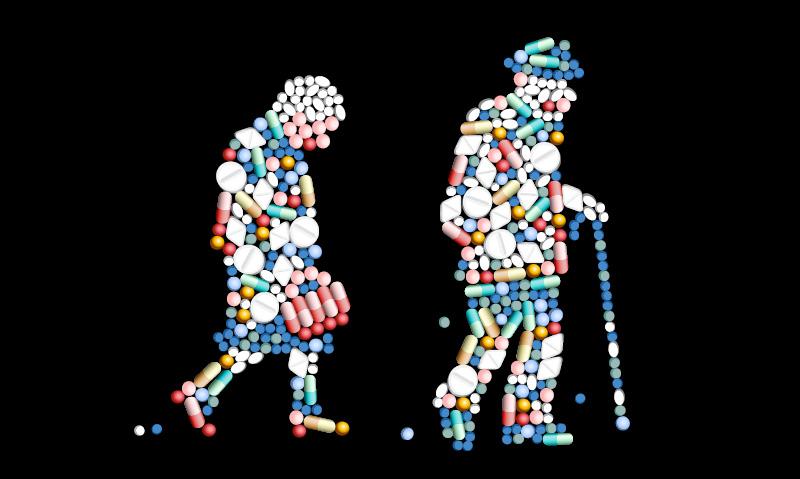 Minor Polypharmacy: The use of 2-4 drugs.

Major Polypharmacy: The use of ≥5 drugs.

Hyperpolypharmacy: The use of ≥10 drugs.

Same Class Polypharmacy: The use of > 1 drug of same class.

Multi-class Polypharmacy: The use of > 1 drug from different classes of drugs. 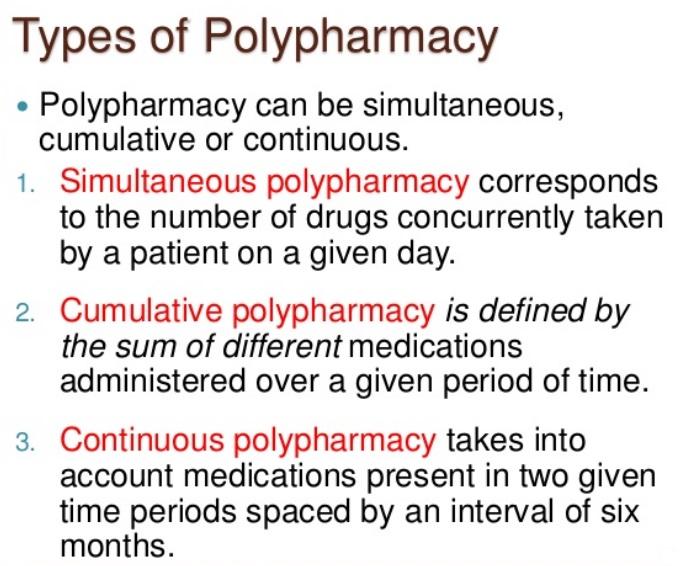 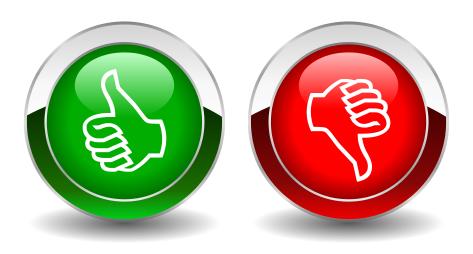 What factors contribute to Polypharmacy? 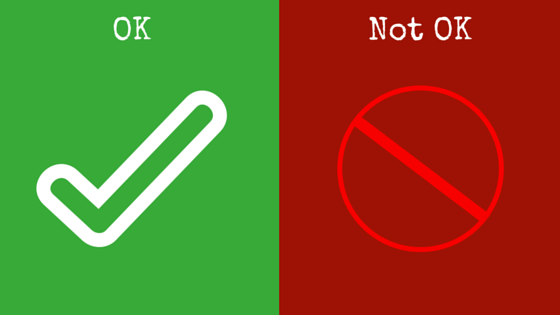 Unfortunately, polypharmacy results in various negative consequences, afceting the quality of life. Most importantly, increased costs and treatment non-adherence are the major drawbacks. According to an estimate, 25-40% people above 65 years are prescribed more than 5 drugs. This increased number of drugs in old age poses a lot of risks as physiological functions decline in the elderly. Disadvantages of polypharmacy include the following (Maher et al. 2014):

Adverse drug reactions: Drug side effects are a major contribution to hospital visits. According to an estimate 35% and 40% outpatients and hospitalized patients experience drug side effects, respectively (Hohl et al. 2001). A lot of studies have reported that the patients taking more than 9 medicines experience twice adverse side events (ADEs) as compared to those who take less number of drugs. Sometimes, drugs cause life-threatening ADEs. 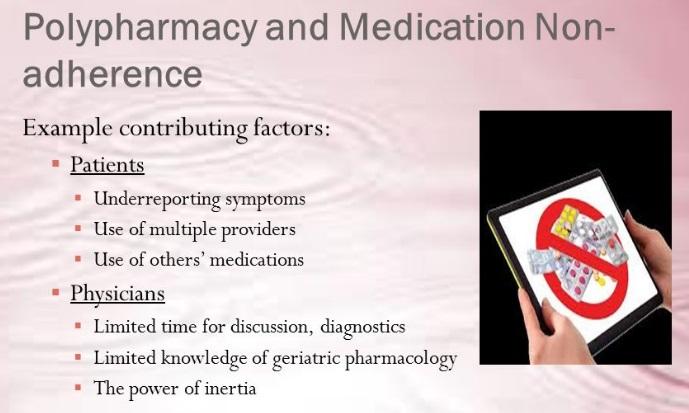 William Osler said, “One of the first duties of the physician is to educate the masses not to take (inappropriate) medicine”. Most of the time, polypharmacy favours the inappropriate use of medicines or to use the medication that does not meet the diagnosis. However, justified combination of multiple drugs with respect to the particular diagnosis benefits the patient. On the basis of inconsistent use of the term “polypharmacy” needs to be fixed.

If polypharmacy is taken in a positive sense, especially in the patients with heart diseases, it may be justified. However, there are certain disadvantages of polypharmacy including increased healthcare costs, side effects, drug-drug interactions, non-adherence and poor quality of life.