AIDS/HIV infection was first diagnosed in the United States in 1981, when the US Centers for disease and control came to know the unexplained occurrence of pneumonia in previously five healthy homosexual men in Los Angeles, and Kaposi’s sarcoma in 26 previously healthy homosexual men in New York and Los Angeles. AIDS is a worldwide pandemic, having cases reported from almost every country. At the end of 2009, almost 33.3 million individuals were living with HIV infection according to Joint United Nations Programme on HIV/AIDS with one million of those living in the United States. However, the number of people having HIV is decreasing due to early diagnosis, awareness about the infection and advanced treatment options. Early diagnosis with proper tests and proper treatment can make a patient of AIDS symptom free for a long a time period. Although good diagnostic techniques and advanced treatment options have decreased the incidence of AIDS, it is still necessary to apply comprehensive preventive techniques and widespread awareness modalities for further decrease of diseases incidence. The management plan of a patient having AIDS is not an easy task and it must be evaluated organized on the individual basis. This course will provide the primary care provide a comprehensive review of AIDS, its spread, management and prevention [1,2].

Human Immunodeficiency Virus (HIV) is the causative agent of AIDS. AIDS is characterized by the defective immune system of the body that is unable to fight against the microorganisms/offenders. It is an acquired immunodeficiency disorder. Since the initial recognition of AIDS in United States in 1981, tremendous advances have been taken place in the understanding of this disease in the last decade regarding its incidence, etiology, immunology, pathogenesis, clinical features and morphological changes. But efforts at searching its definite treatment and vaccine have not yielded success so far. Thus, the prognosis remains grim. At present, the health care providers are focusing on preventive measures. Although, at present, good diagnostic techniques and proper treatment options are available for AIDS, but these techniques carry their own limitations and hazards. Thus, public education and prevention of HIV infection is of prime importance [3]. 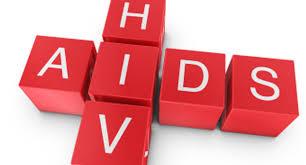 AIDS is a disease of immune system caused by HIV characterized by presence of: 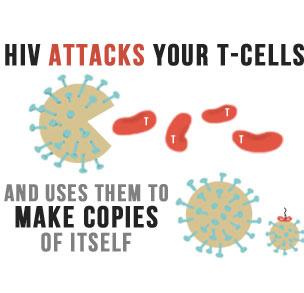 HIV belongs to the human retrovirus family. There are two types of this virus i.e. HIV-1 and HIV-2. The most common cause of HIV disease throughout world is HIV-1. HIV-2 was first identified in 1986 in West African patients and it causes similar disease in West Africa and parts of India. HIV-1 is spherical in shape with size of 100-140 nm. It has a core, containing core proteins (p24 and p18), two stranded genomic RNA and the enzyme called reverse transcriptase. The core is covered by double layered membrane derived from outer membrane of the infected host cell during budding process of the virus. This membrane has two glycoproteins (gp120 and gp41) embedded in it. There are many genes in HIV-1, but three important genes which code for respective components of virus are:

These genes act as markers for laboratory diagnosis of HIV infection. There is another gene namely tat-gene which is responsible for viral functions like amplification of viral genes, viral budding and replication [3, 6]. 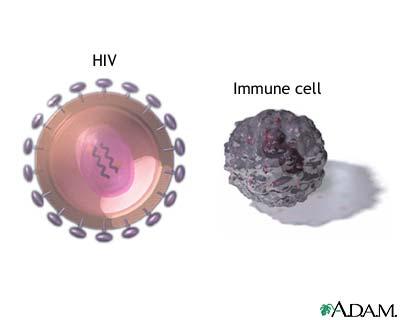 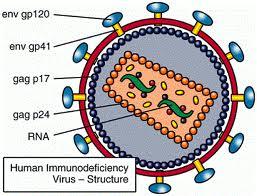 According to the Joint United Nations Programme on HIV/AIDS, an estimated 33.3 million people were living with HIV infection till the end of 2009. The statistics shows that estimated:

Of the above statistics, 76% are men and 23% are women. Children account for less than 1% of living cases. Estimated number of people living with HIV infection worldwide (total=31.3-35.3 million) are given below: 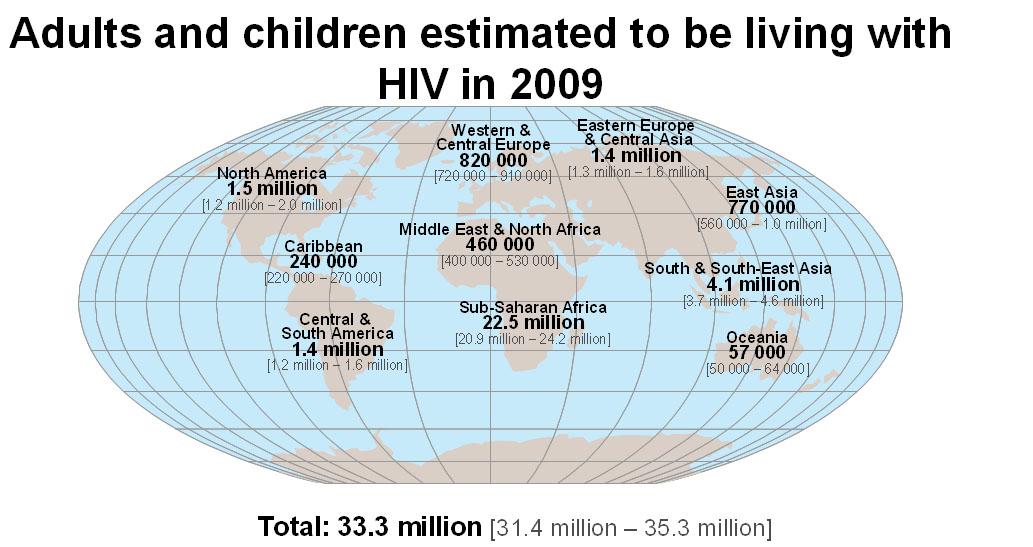 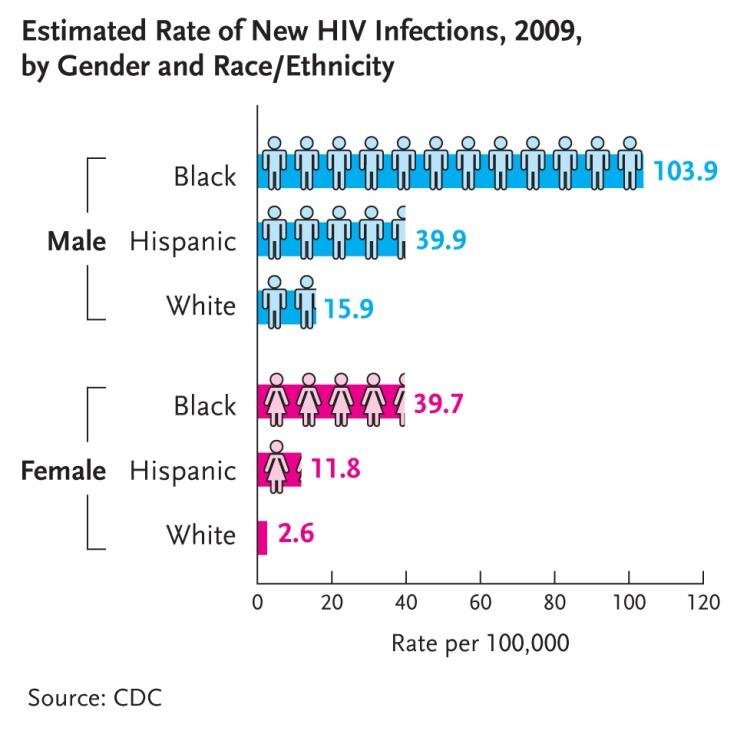 Mode of Transmission of HIV

HIV infection can be transmitted from one individual to another via following modes:

It is the major mode of spread of HIV infection and comprises 75% of the spread of all the cases of HIV transmission. Most cases of AIDS in US occur in homosexual and bisexual males while heterosexual promiscuity seems to be dominant mode of HIV transmission in Africa and Asia. Sexual transmission of HIV occurs when infected materials like semen, blood, or vaginal secretions enter the blood circulation of the partner. HIV can be transmitted by oral or vaginal penetration but the unsafe anal route by a male or female seems to be the most dangerous way of spread. The factors which determine the HIV transmission via sexual route include:

Other sexually transmitted diseases may act as a co-factor for the spread of HIV infection. There are many misconceptions in the mind of common person regarding transmission of HIV. Keep in mind the following points to educate such persons: 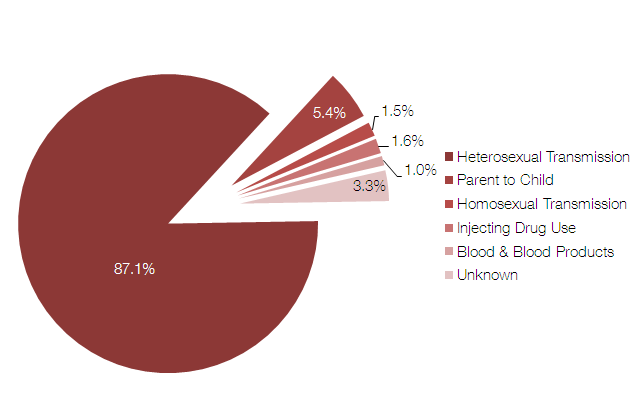 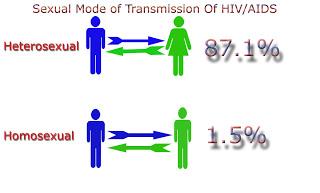 HIV infection can be transmitted from the infected mother to new born during pregnancy through transplacentally, or in immediate after delivery through contamination with maternal blood, infected amniotic fluid and breast milk [3, 5].

Other ways of transmission

In 6% of cases of AIDS the risk factor cannot be found. HIV has also been isolated from a number of body fluids and tissues like semen, vaginal secretions, cervical secretions, and breast milk, CSF, synovial, pleural, peritoneal, pericardial and amniotic fluid [3, 6]. 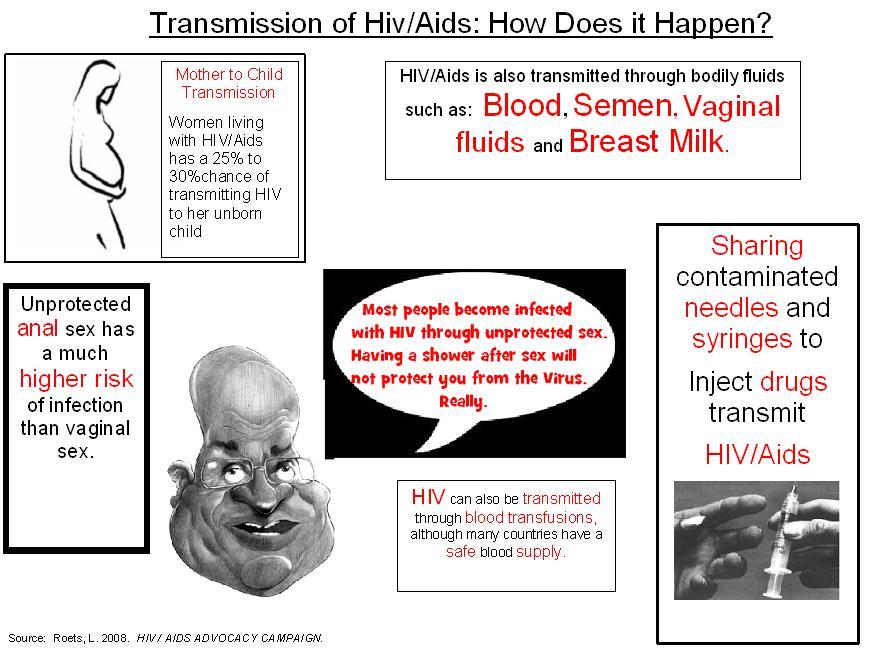 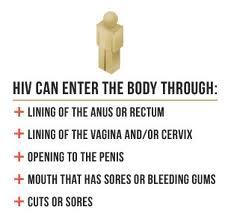 HIV cannot be transmitted by: 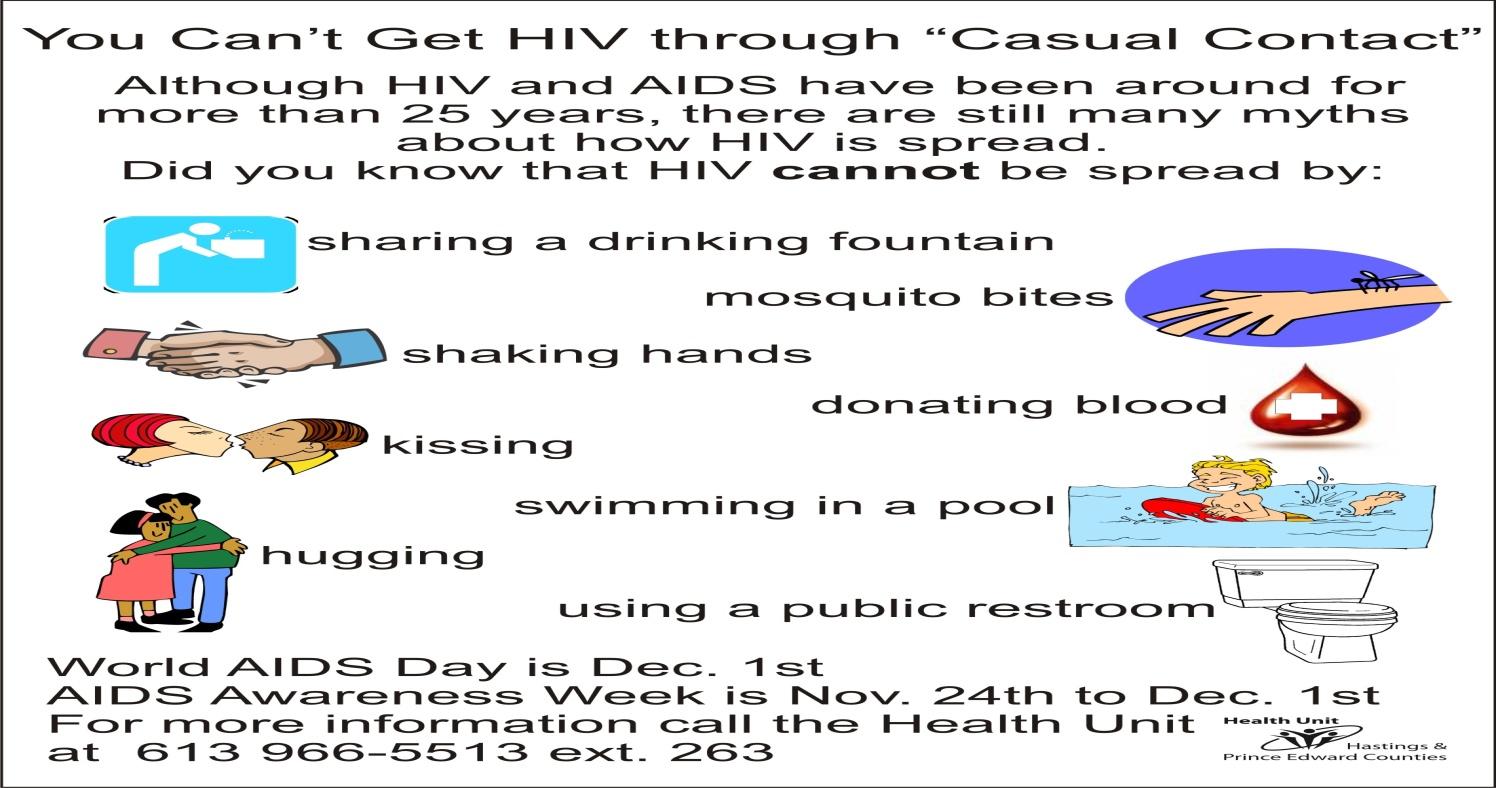 HIV causes reduction or depletion of helper T-cells (CD4+-cells) resulting in profound immune-suppression. Steps of pathogenesis of HIV infection in descending sequence include:

Phases of HIV Infection and its Features

Acute HIV syndrome (3-12 weeks): It is characterized by:

Middle chronic phase (10-12 years): It is characterized by:

Final crisis phase: It is characterized by: 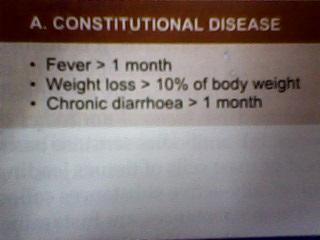 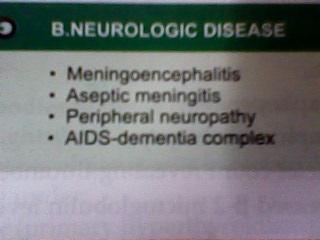 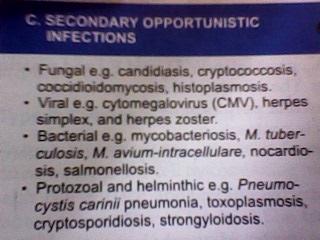 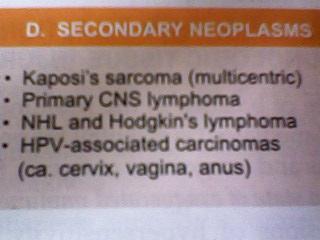 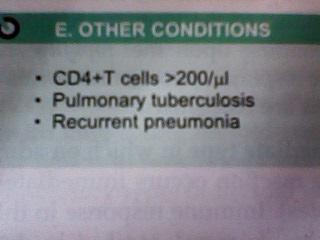 According to WHO, AIDS can be defined as the presence of at least two major signs associated with at least one minor sign, in the absence of known secondary causes of immunosuppression.

For diagnosis of AIDS following tests are carried out:

Treatment of HIV infection/AIDS and counseling of patient regarding treatment

It is necessary to counsel the patient of AIDS regarding treatment before its initiation. Consider the following points while counseling the HIV patients:

Possible drug groups for treatment of AIDS include:

Indications for initiating treatment are:

General side effects of drugs are:

Before starting treatment for AIDS it is necessary to confirm that patient is not receiving:

It is necessary to use combination of HIV drugs from at least two of the main classes to overcome the new resistant strains of the virus that emerge during viral replication. This combination is termed as highly active antiretroviral therapy (HAART). Current guidelines recommend the use of two NRTIs combined with either a NNRTI or PI. It is necessary to understand that these ate suggested first line drug combinations and that other drugs within each group can be substituted depending upon the patient’s tolerance, drug interactions and resistance to particular drug. The goals of this drug therapy include:

Pregnant woman with serious disease (AIDS) must be treated fully for HIV infection. Such patient must receive triple drug regime as compared to a non pregnant patient. 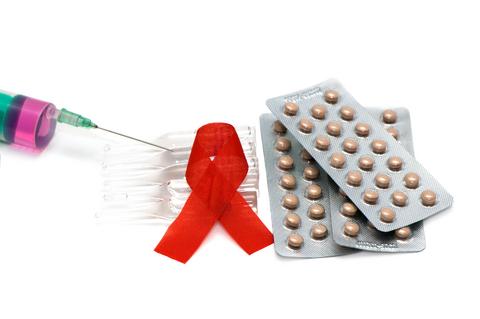 Primary prevention of AIDS: It means preventing the uninfected persons from getting HIV infection. It includes following steps to prevent a new HIV infection:

Secondary prophylaxis of AIDS: it is aimed at enabling the people with HIV to stay well. It includes:

Tertiary prevention of HIV: it aims at:

HIV infection is non-curable disease of immune system that if properly diagnosed and treated at an early stage, can prolong the life span of the patient. Best tests are available for early detection of AIDS, but treatment options are not very much satisfactory. So, the main aim is to prevent the HIV-infection by acknowledging the steps of primary prevention of AIDS.